Are disposable coffee cups worth an extra 5p? A top up cost on your morning caffeine fix

The liberal democrats seem to think so! Ahead of the UK general election this June, the Lib Dems have announced their intention to introduce a 5p tax on your disposable coffee cup. Formally presenting this in their manifesto following several hints from them back in late 2016.

We would like to know what you think, please comment and share your views! We will be linking this blog to our social media so please follow us and carry on the discussion there! Links at the bottom of the page.

What the Lib Dems say: 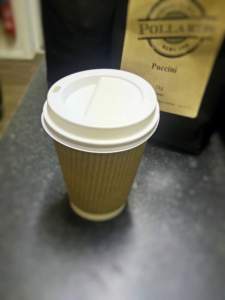 They have included this tax pledge as part of their ‘Zero Waste Act’. The environmental spokeswoman for the party states that “For the Liberal Democrats protecting our environment and tackling climate change is a priority. We can and must act.”

The Liberal Democrats claim that as of September 2016, 2.5 billion disposable cups are thrown away in the UK annually. Shockingly they also revealed that no more than 1 in 400 cups are recycled.

The Lib Dems believe that introducing a tax will make consumers consider their actions before purchase.

While their intentions sound honourable, how realistic is it to expect this change to occur here in the UK?

Well, this disposable coffee cup tax builds on the success of the plastic bag tax which was introduced in the UK back in October 2015. This campaign has shocked consumers into environmental change by taxing the use of plastic carrier bags. As a result, this has proved to encourage the use of ‘bags for life’ and biodegradable alternatives.

The Lib Dems propose to donate the income raised to good causes and charities. This correlates with the carrier bag levy already in place.

Did you see this coming?

The UK market has been getting evermore environmentally conscious over recent years. Consequently, the coffee market is beginning to reflect this. The throwaway nature of consumer behaviour has been decreasing. Due to this, the amount of disposable coffee cups used has been under criticism from many. 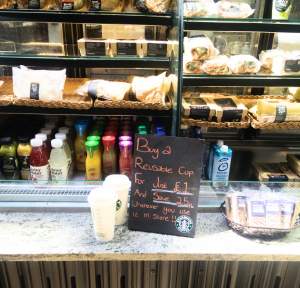 Starbucks and other popular chains have introduced recycle information and even the incentive to bring your own reusable coffee cups for a discount. The chain often recycle their disposable coffee cups, along with most of us green minded consumers.

But will a 5p charge be enough for us consumers to change our behaviour and will it make a different to our buying patterns?

Perhaps the comparison to the carrier bag levy is well founded in theory. But we question if consumers will view it the same. Will the average UK citizen be as eager to have a used coffee cup in their handbag as they are walking around, as they do a spare carrier bag.

As coffee customers, let us know how you feel about this levy and how it would impact you or your business. Will you be changing your buying habits?

Pollards are interested to see how this proposition affects the publics opinion on the Lib Dems in the coming election. We will certainly be following this story.

Just a reminder: Don’t forget to register to vote for the election to make your voice heard.

Simon Bower is the Managing Director of Pollards Wholesale Ltd. Simon has coffee in his blood, understanding the industry from the roots up. He has spent time learning about coffee in Indonesia and has run the roasting business for many years.
View all posts by Simon Bower →